Next stop Net-Zero –Natural Technology that is future ready, now 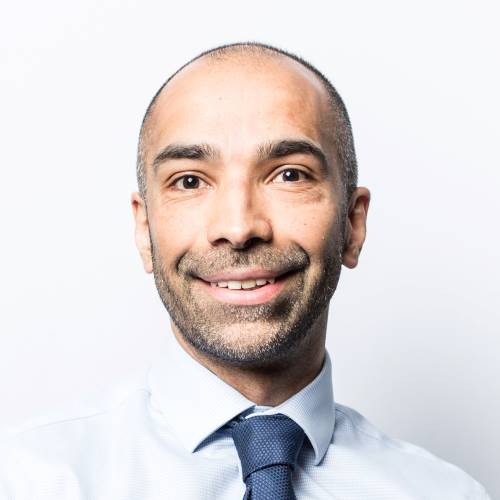 With clean, efficient steam systems, we can sterilize medical equipment for an operation, produce vaccines and other pharmaceuticals, and even brew the beer on offer in your local pub.

But as we fight the climate emergency, is it realistic to talk about steam as an essential component of the journey to zero carbon? Can steam generation be decoupled from fossil fuels, making it a genuinely sustainable technology?

With Natural Technology, that is exactly what we are aiming to address.

Today’s boilers are highly efficient, minimizing the amount of energy needed. Steam also has a high heat content and energy density, which means that the production infrastructure and pipework can be compact, thus saving space and using less raw materials.

As the world moves towards more electricity production from renewables, steam will become even more sustainable and low carbon: it can be produced by clean electricity, green hydrogen or in biomass boilers, so making steam with reduced carbon emissions achievable right now. For example, it is a key part of energy solutions such as thermal storage and combined heat and power (CHP) systems.

Managed correctly, steam is intrinsically clean and safe. With no fire risk or toxic waste products, the only by-product is water. This can be condensed and re-used in a similar way to the natural water cycle of rain and evaporation that keeps our planet alive.

The potential benefits offered by steam are massive. For example, 35 per cent of all the UK's industrial heating is achieved by steam systems. As 73 per cent of the UK's total energy demand is for heat, improving the efficiency of steam generation will have a big impact1.

To support these environmental objectives, Spirax Sarco is developing new technologies to ensure steam is a long-term part of our decarbonized future.

When used with 100 per cent renewable power sources, such as hydroelectric, solar and wind, electric steam generators have no emissions and generate no carbon dioxide. They can convert renewable electricity into steam at 97 per cent energy conversion efficiency2.

Another option is using green hydrogen as the fuel to heat water and generate steam. This technology also reduces flue gas volumes by 10 per cent, thus significantly improving boiler efficiency3.

Steam can also be generated by combustion of organic waste materials such as olive pulp, rice husks and palm kernel shells, which are the by-products of food production. This biomass can be used to generate electrical energy as well as heat, when used in a Combined Heat and Power (CHP) system. The reduction of organic waste and the utilization of biomass improves environmental sustainability, while also reducing energy bills.

Clearly, there are benefits to be derived from different approaches to steam, but what does a steam system actually consist of?

The core of a steam system is a boiler, which today often burns fuels, but could instead be run using electricity or biomass. The heat from the burner sends hot gases through tubes in the boiler, which run through the tank of water that is being heated.

Once the water is hot enough, it boils, and bubbles of steam are produced which are then routed through pipes and valves in the steam system. The temperature of the steam depends on the pressure in the boiler and might typically be >150ºC.

Once the steam reaches its destination in a factory or plant, there are many ways it can be used: for example, in an ‘autoclave’, which is a steam-filled chamber to sterilize medical equipment, or to boil or cook food, using a ‘jacketed pan’ which surrounds the pan with a jacket filled with steam.

Typically, the flow of steam will be measured at multiple points throughout the system, enabling energy consumption and efficiency to be closely monitored. As part of the growing digitalization of industry, including the shift to the Industrial Internet of Things (IoT), this presents an opportunity to optimize and automate the new steam technologies, to save money with preventative maintenance, and to drive greater efficiencies.

Steam is a tried and trusted technology, based on well-understood principles with reliable outcomes. Steam provides a low-risk, low-cost way to reduce emissions on the route to net zero, without requiring the ‘rip and replace’ of existing infrastructure.

Natural Technology is supported by decades of engineering expertise. It is based on specific, measurable outcomes, which are substantial enough to make a real difference – and which enable organisations to clearly demonstrate their commitment to sustainability.

It will enable industry to de-couple from fossil fuels and embark on a more sustainable route to zero carbon steam systems for heat, power, and sterilization.

Discover more about natural technology in our ebook